With substantial private equity experience in South America, the investment team at Victoria Capital Partners has developed a deep network of relationships within the local private equity industry and has established a strong reputation as a group of successful investors and businessmen, a critical factor for sourcing proprietary opportunities in the region. The members of the Victoria Capital Partners’ investment team share a strong educational and professional background, both abroad and in the South American region, which includes principal investing, finance, consulting and industry experience. As a result of its team’s strong background and experience, Victoria Capital Partners benefits from an effective combination of a strong local presence in the region and the due diligence standards, internal investment processes and transparency of a global investment manager. 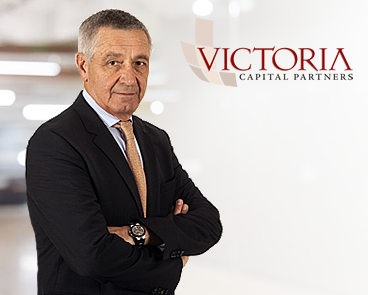 Mr. García is the Chairman and Managing Partner of the Firm, and Investment Committee Chair. In 2006, Mr. García co-founded the Firm and became its co-Managing Partner. Mr. García joined DLJ in 1995 to focus on private equity investing in South America and has served on the investment committee of DLJMB with respect to South American investments since that time. Following the merger of Credit Suisse and DLJ in November 2000, Mr. García served as Co-Head of DLJMB’s private equity investment activities in South America together with Marcelo Medeiros. Prior to joining DLJMB, Mr. García spent six years at Bankers Trust Company where he ran the South American Mergers & Acquisitions and Private Equity Groups, and nine years at Bank Boston Argentina, where he was head of Corporate Finance and Investment Banking. Mr. García graduated as a Certified Public Accountant from the Catholic University of Argentina in 1981. Mr. García serves on the board of directors of Energy Fitness S.P.A, Corona Industrial S.A.S, Grupo Los Grobo Holdings LLP, Seed Holdings LP (the holding company of Satus Ager S.A. and its affiliates), and also serves on the board of directors of the Emerging Markets Private Equity Association. Mr. García previously served as Chairman of the Board of the Latin American Private Equity & Venture Capital Association, as a director of the Argentine American Chamber of Commerce, as a member of the Board of Trustees of the Northlands School in Argentina, as Vice Chairman of the Argentina Private Equity and Venture Capital Association and was a member of the board of trustees of the Ronald McDonald House of Charities in Argentina. Mr. García also previously served as a director of Grupo Santillana Educación Global S.L., Satus Ager S.A., Arcos Dorados Holdings Inc., Atlántida Comunicaciones, BOPP Holdings, Euromedic S.A., International Health Services Argentina S.A., Jugos del Valle S.A., L’Equipe Monteur S.A., Papel Misionero S.A., Peñaflor S.A., Trapiche S.A., Vitopel S.A., Zucamor S.A. and several other private companies. 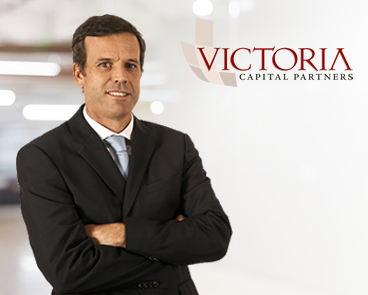 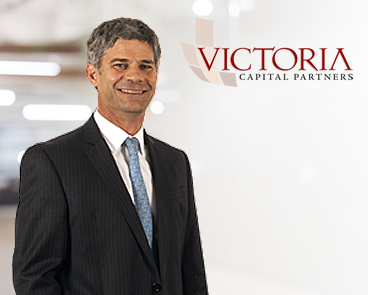 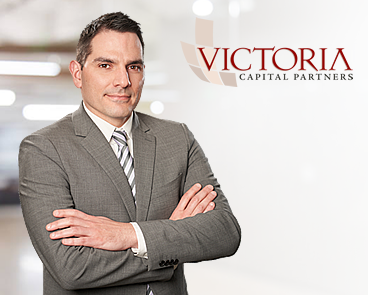 Mr. Garcia is a Partner of the Firm and the General Counsel and Chief Financial Officer of the Firm. Mr. Garcia joined the Firm in April 2012 and oversees all of the legal, compliance, finance, tax, operations, and administrative aspects of the Firm, including the oversight of all of the Firm’s principal service providers (auditors, fund administrators, lawyers, tax advisors, banks, insurers, etc.). Mr. Garcia also provides support to the Firm’s investment team in the structuring and execution of the Firm’s investments. Prior to joining the Firm, Mr. Garcia was a practicing attorney at the New York office of Cleary Gottlieb Steen & Hamilton LLP, a leading international law firm with offices located in major financial centers around the world. During his ten-year tenure at Cleary Gottlieb, Mr. Garcia advised private investment funds, including private equity funds, hedge funds and other types of alternative asset management vehicles, in their formation and organization as well as in their investment activities, particularly in Latin America and other emerging markets. While at Cleary Gottlieb, Mr. Garcia advised and assisted the Firm on a daily basis in connection with the formation and organization of the Firm’s private equity funds and co-investment funds, including SAP II and some of its co-investment vehicles, as well as in their investment activities and various fund administration matters. Mr. Garcia holds a J.D. degree, summa cum laude, from Boston University School of Law, and an undergraduate degree in Political Science from Northeastern University. 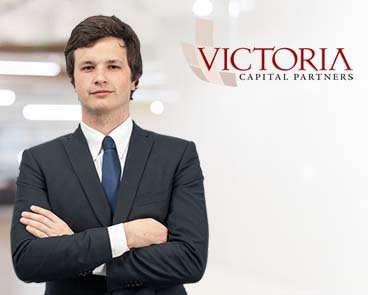 Mr. Ulloa is an Investment Professional of the Firm. Mr. Ulloa joined the Firm in June 2021. Prior to joining the Firm, Mr. Ulloa worked as an Investment Banking Analyst at Columbus Zuma, an investment bank boutique specialized in M&A and financing transactions. While at Columbus Zuma, Mr. Ulloa participated in several M&A transactions in industries such as software development, agribusiness, food & beverage, and financial services. Mr. Ulloa earned his B.A. degree in Economics from the Universidad Catolica Argentina in Buenos Aires, Argentina, where he is also an assistant professor of Corporate Finance and Advanced Corporate Finance in the B.A. in Economics.

The Senior Executive Advisory Board serves as a valuable sounding board for industry insights and operational matters, provides additional access points to investment opportunities and expands the Firm´s network of relationships with management teams and industry professionals within our target markets. 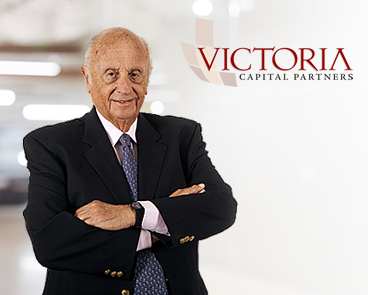 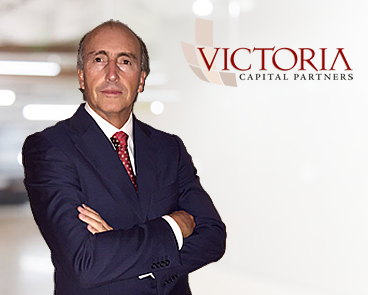 Oscar De Osma Berckemeyer is a Senior Advisor of the Firm since September 2014. Mr. de Osma founded and was President of Amérika Financiera S.A. During his 11-year tenure at Amérika, Mr. de Osma expanded the business until its 2011 sale to Banco Financiero. Prior to Amérika, from 1995 to 2004, Mr. de Osma founded and served on the Board of Directors of Banco Solventa. Mr. de Osma is currently on the Board of Directors of Hermes Transportes Blindados S.A., Larrain Vial SAFI S.A., Grupo Vital, Sociedad Agrícola Saturno and Sindicato de Inversiones y Administración S.A. Mr. de Osma has also been a board member of Cementos Lima S.A. and Invita Seguros de Vida. Mr. de Osma is also involved in different philanthropic initiatives, including in his capacity as a member of the Board of Fundación Pedro y Angelica De Osma Gildemeister. Mr. De Osma is a lawyer and holds a bachelor’s degree in Business Administration from Universidad de Lima. 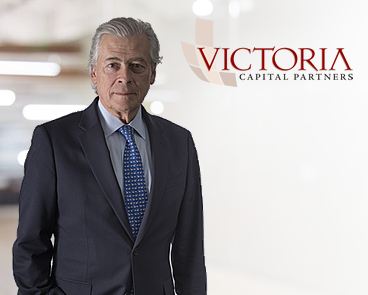 Mr. Obregón is a Senior Executive Advisor of the Firm since March 2013. Mr. Obregón is the Executive Chairman of Productos Ramo and is a Board Member of Valorem, the holding company of the Santo Domingo family. Before becoming a Senior Executive Advisor of the Firm, he served for 5 years as the President of Carvajal S.A., a multinational conglomerate with presence in 18 countries. Prior to that, Mr. Obregón served for over two years as the President of Procafecol. During his tenure at Procafecol, he achieved the expansion of the Juan Valdez coffee chain, both domestically in Colombia and internationally. Mr. Obregón has also served as President of other large companies in Colombia, such as Bavaria S.A., during which he prepared the company to be sold to SAB Milller, and Sofasa S.A, a Renault and Toyota assembly line that was part of the portfolio of companies belonging to Bavaria S.A. Prior to joining Sofasa, he served as General Manager of Colenvases S.A., a can manufacturing company, and Redes de Colombia, a fishing company, both subsidiaries of Bavaria S.A. Mr. Obregón has also worked at the National Planning Office, a Colombian government entity. Mr. Obregón holds a Business Administration degree from the EAFIT University in Medellin, Colombia, and an Executive MBA degree from Universidad de los Andes in Bogotá, Colombia. He also holds a Master´s degree in Economic Development from the University of London and conducted a research study in Economic Development at the University of Pittsburgh. Mr. Obregón also recently received a Global MBA degree from Tulane University. 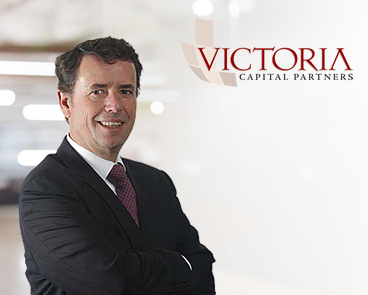 Mr. Pérez Mackenna is a Senior Executive Advisor of the Firm since January 2018. Since 1988, Mr. Pérez Mackenna has held several positions in investment banking and asset management firms such as CEO of Bankers Trust/Deutsche Bank, General Manager of Citi´s Chilean brokerage house, CIO of AFP Provida (the largest Chilean pension plan administrator), CEO of Compensa Seguros de Vida (life insurance company), and as an investment executive in the family office of Grupo Fernández León (one of Chile’s largest business conglomerates). Between 2006 and 2010 he was director of Banmédica S.A., Isapre Banmédica S.A., Help S.A., Almendral S.A., Pacífico V Región S.A., Pucobre S.A., and Essbio and Esval (two water utilities controlled by Ontario Teachers Pension Plan). Between 2010 and 2014, Mr. Pérez Mackenna served in the public sector to lead the reconstruction efforts after the earthquake and tsunami that struck Chile in 2010, first as Mayor of O’Higgins Province (VII Region) in Chile and then assuming simultaneously two ministries, the Housing and Urbanism and National Assets under Mr. Sebastián Piñera’s presidency; during this time he was also President of the World Economic Forum’s Catastrophic Risk Council. Before becoming a Senior Executive Advisor of the Firm, he was president of the Chilean Association of Pension Plans Administrators. He is currently a director of BTG Pactual and Salfa S.A., a vehicle and equipment distributor in Chile. Mr. Pérez Mackenna has been professor of financial and accounting courses in Universidad Católica de Chile, Universidad de Los Andes and Universidad Finis Terrae. Mr. Pérez Mackenna is a Civil Engineer from Universidad Católica de Chile, and holds an MBA degree from IESE, Universidad de Navarra, Spain.